TAPIR - The Assessment of Prednisone in Remission Trial - Ready to lower your prednisone dose? Want to participate in a clinical trial without having to travel? We are comparing two approaches to treatment: a low dose of prednisone, or no prednisone, for patients with granulomatosis with polyangiitis (GPA, Wegener's granulomatosis). 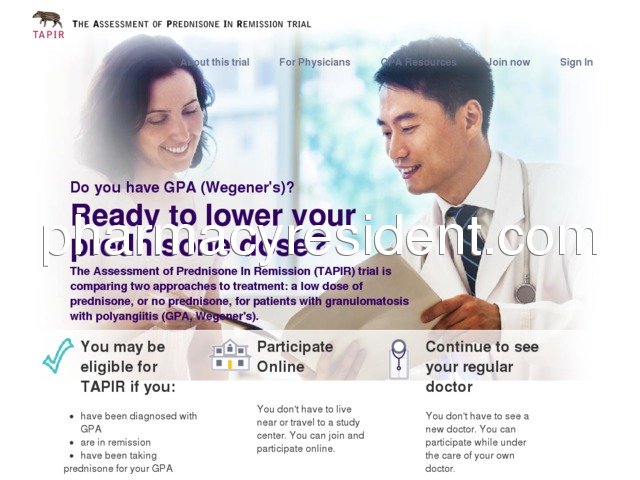