Partners MS Center - Partners MS Center is located at the Brigham and Women's Hospital, HarvardMedical School. We focus on the care of patients with multiple sclerosis andother demyelinating diseases. In addition, we are a major research centerinvestigating the causes and treatment of MS. 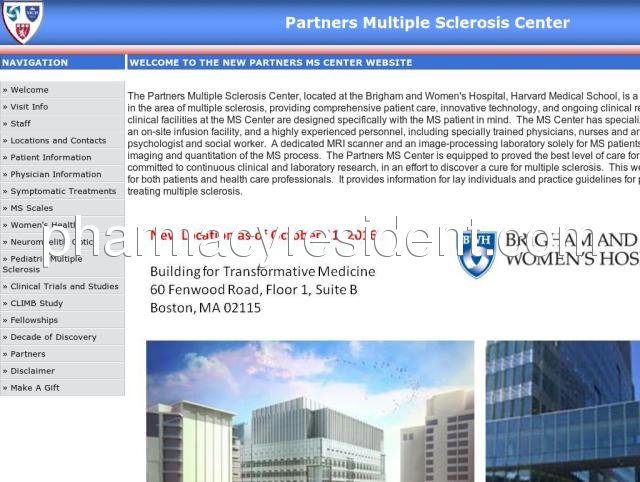