Mumps Home Page - Mumps is a contagious disease that is characterized by swelling of the salivary glands. Other conditions can also have similar symptoms. This eMedTV article offers information on the diagnosis, symptoms, and treatment of mumps. 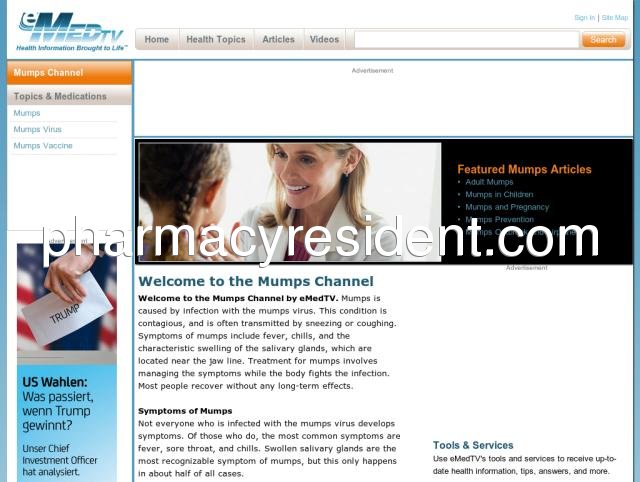