Give Health A Chance - Health Care Reform Watchdog - Use this service to serve yourself - GHAC - Give Health A Chance I have encountered a great problem that is beyond my ability to solve alone. Many people in this country are struggling with the same problem and it is time we come together to do something about it. Please join me in the fight to change the way health care is provided to Americans. How can this happen in the richest, most powerful country in the world?  Please pray for me, as I believe that love will help me now, when I need it the most. And please spread the word about the deplorable state of America’s health care system. It is my hope that this horrible situation I find myself in can be a catalyst for helping the many other victims of the health care crisis in our country. You can help by signing petition to make my medical insurance coverage a right for everyone in America, or send a note to me, or to your governor demanding immediate action be taken toward health care reform. Mostly Fearless,  2/20/03  Vincent J Cataldi 2516 E. Menlo Blvd. Shorewood, WI 53211 - GHAC 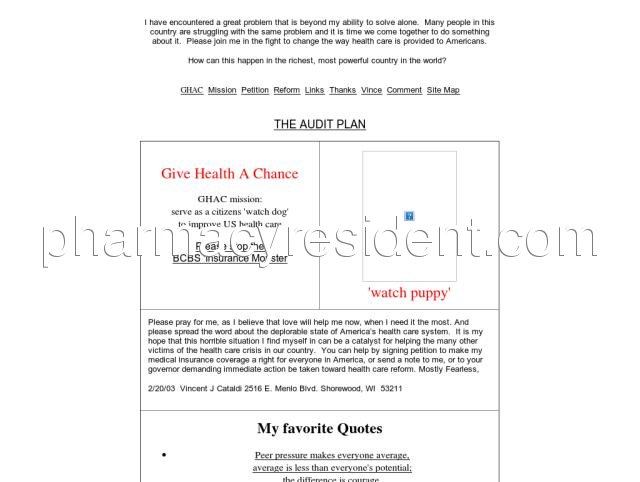